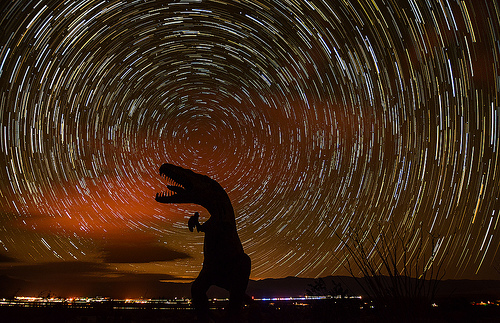 Growing use of English all over the world inevitably means innovation in the way it is used, the fruit of a creative encounter between flexible language and local culture.

This gives rise to fun and often enlightening variants, but the question of whether these innovations are “right” or “wrong” has become vexed. This was the subject of an amusing article on the CNNGo website about “Indianisms”, in which the author vented about how Indians commonly use English, which is relatively widely spoken in the country. Phrases such as “doing the needful”, which means doing what must be done, “went out of style decades ago, about the time the British left,” according to writer Daniel DMello.

“Using it today indicates you are a dinosaur, a dinosaur with bad grammar,”

Other phrases, such as “discussing about” a topic rather than just discussing a topic, are simply  wrong, DMello says. But are they? It’s true that “discuss” is a transitive verb and thus in theory does not need to be followed by “about”.

However, as plenty of people pointed out in the 40 pages of comments beneath the article, language is constantly evolving and grammatical concerns alone have not prevented new ways of using English from becoming accepted.

My favourite “wrong” bit of global English is the north American style of following the adjective “different” with “than” instead of “from” or “to”, which are more common in the UK. As I understand it, “than” is used to denote a comparison of a particular aspect of something, i.e. “X is smaller than Y.” Saying something is different just means it is not the same.

There is substantial debate over this point. The British Chambers Dictionary recommends avoiding “different than”, however the American Merriam Webster dictionary insists that “different than” has been in use since the 17th Century and claims “different from” often sounds clumsy.

The global reach of American culture and its economic clout mean “different than” is now widely used, even in the UK. Presumably, millions of Chinese students who have chosen to study “American English” instead of “British English” are even now learning “different than” from their textbooks.

It’s perhaps quixotic to insist that this is “wrong”, since a living language isn’t anyone’s property but rather is defined by the way people use it.

As such, does it make sense for students of English to choose between narrowly-defined “British English” or “American English”? In an increasingly globalised and English-literate world, smart young people are increasingly likely to encounter English speakers from all over the world, perhaps using a form of English known as “Globish”, particularly now that most economic growth is taking place outside the anglosphere.

Perhaps students should be doing the needful to ensure they are prepared for English as it is spoken everywhere, including in emerging economic centres such as Mumbai and Beijing and not just in London or New York.

About the Author: Tom Spender is a freelance journalist and translator. You can find his writing and photos at tomspender.com.

5-step guide to acing your job interview in English