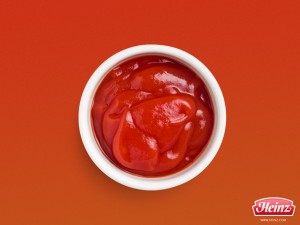 Words the English Language Has ‘Borrowed’ from Chinese

The dictionary entry for etymology reads:

Noun – the study of the origin of words and the way in which their meanings have changed throughout history.

I love finding out where words come from and how they entered the English language; but what I love the most is getting my own sort of ‘etymological eureka’ moment. I would describe this as the thrill of realising that I understand a word in its original source language.

Words that pass from one language to another are referred to as ‘loanwords’ and can also be called a ‘borrowing’. The name seems odd, in a sense, as the words are never returned. In some instances this is probably a good thing, as users of the source language might not want them back after their original meaning has been so severely mangled. The American use of the French expression ‘à la mode’ to mean a dessert served with cream always baffles me!

So, back to ‘etymological eureka’ moments. I had one of these recently with the expression ‘gung ho’, which is used in English to mean ‘unthinkingly enthusiastic and eager, especially about taking part in fighting or warfare’. This expression has been borrowed from the Chinese gong hé 工和 meaning ‘to work together’ and was brought into the English language by US Marines stationed in the Pacific in World War II.

Here are a few more words that the English language has ‘borrowed’ from Chinese:

The equivalent term in Chinese is kē tóu 磕头, meaning to touch your head, but ‘kowtow’ probably came to us originally from the word kòu 叩 meaning ‘to knock with reverence’. In imperial times the kowtow was used to show reverence for one’s elders, superiors and of course the Emperor. In modern usage it means to be servile or obsequious. Generally the person kowtowing is trying very hard to please someone in a way that other people find annoying.

It is believed that the word ‘tea’ derives from the Min dialect used by Chinese labourers working in the port of Xiamen, a trading centre with European traders. Chá is the usual pronunciation for the character for tea 茶，but our word tea may have come from older words for tea pronounced tú 梌 or tú 荼.

Ketchup – a sauce made from tomatoes and vinegar

The Oxford Dictionary entry for tea states that the word ‘ketchup’ may well have Chinese origins. Those that support the China theory claim that the name comes from the two characters 茄汁, the first of which means ‘eggplant’ and the second ‘juice’ or ‘sauce’. To view the full debate on where the term may come from, check out the very full wiki entry here.

On the subject of sauces, soya sauce is an interesting case in point. Although this condiment originated in China over 2,800 years ago, our borrowing of the word actually comes from the Japanese word for soya: shō yu. The Chinese for soya sauce is jiàng yóu 酱油.

You can see why loanwords related to food migrate so easily from one language to another – they travelled with the dishes, condiments or drinks carried by migrants. In terms of dishes, the English language has adopted the term ‘chop suey’, a Chinese dish that includes meat fried with onions, bamboo shoots and beansprouts, served with rice.

Who doesn’t love a bit of dimsum?

Whereas the Brits will talk about ‘tucking into’ some food, our cousins across the water would say ‘chow down’. Both expressions mean ‘to eat food heartily’. Chow seemingly derives from Chinese and is another word adopted during the Second World War. Dim sum, taken from the Cantonese dim sam 點心 is a well-known term in English for the Chinese dish of steamed or fried savoury dumplings. In Mandarin it is pronounced diǎn xin 点心, meaning ‘dot heart’ or ‘to order to one heart’s content’.

Ginseng is also derived from Chinese.

Our pronunciation must have come from the Cantonese jên shên 人参, pronounced rén shēn in Mandarin. Literally, the word means ‘man root’, as the root is shaped like the legs of a man (rén 人 meaning ‘man’).

My last word for you, and it seems appropriate after all this slaving over the origins of words, is ‘coolie’. I like to believe it comes from the Chinese word kǔ lì 苦力, which translates as ‘bitter strength’, but apparently it comes from the Urdu word qulī which means ‘day labourer’. In modern-day English, to call someone a coolie would be derogatory. A permissible usage would be the expression ‘to work like a coolie’ meaning to work very hard at some manual task, such as raking the lawn on a hot summer’s day.

That’s the wrap on Chinese words that have migrated to the English language.

We would love to hear your comments on all these loanwords and if you can think of any others, please send them along.