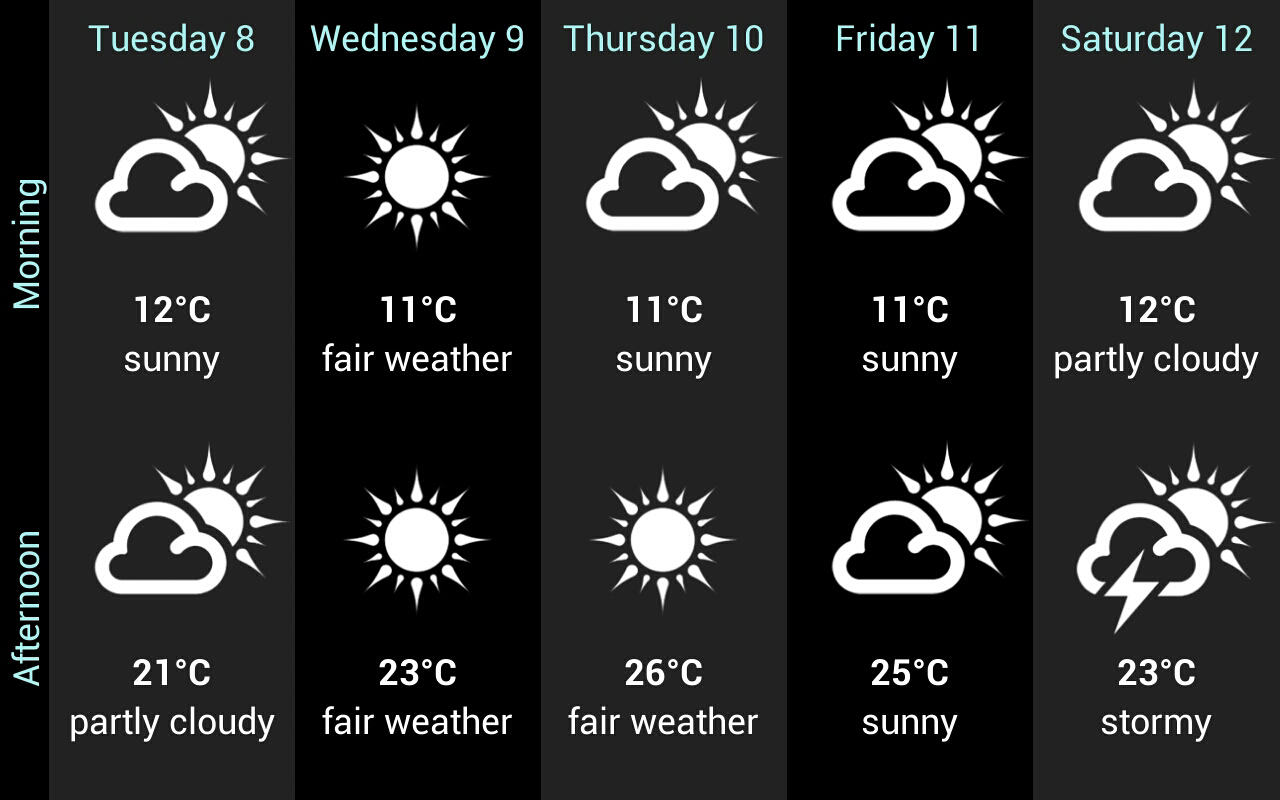 Here in England we have what is known as a temperate climate. This means that we don’t have weather that is either unbearably hot or unbearably cold. We do, however, have four distinct seasons, each of which offers us plenty of opportunity to indulge in our favourite national pastime, talking about the weather. This very English tendency to discuss climactic conditions has led to a varied and endearing vocabulary of weather related words and phrases. There are almost as many of these as there are English weather patterns and to explain them all would take a long time. For this blog post, we have chosen two particularly fun forms of English weather vocabulary, English weather verbs and English weather idioms.

English verbs can be tricky, not just because of their different conjugations, but also because we have a tendency to use them in unpredictable ways. Verbs related to the weather are good examples of this. 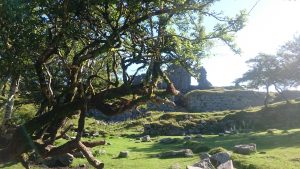 Verbs related to the wind

‘The wind was blowing.’ (Moving enough to be felt but not causing problems)

‘The wind was howling.’ (Making a long cry – can also relate to people)

‘The wind was blustering.’ (Making an angry noise – can also relate to people) 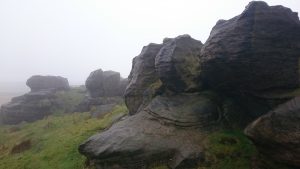 Verbs related to the rain

‘The rain was falling.’ (Coming out of the sky in the usual manner)

‘The rain was pitter pattering.’ (Making a noise as it landed on a surface)

‘The rain was pouring.’ (Coming down very quickly)

‘The rain was pelting.’ (Hitting people hard enough to hurt them)

‘The rain was drizzling.’ (Moving slowly but still getting you wet) 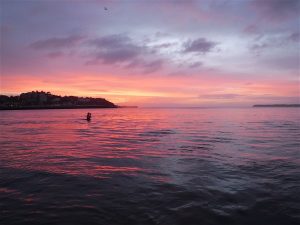 Verbs related to the sun

‘The sun was shining.’ (Casting warmth and light)

‘The sun was rising.’ (Coming up from behind the horizon in the morning)

‘The sun was setting.’ (Sinking down behind the horizon in the evening)

‘The sun was baking.’ (Being hot enough to be uncomfortable) 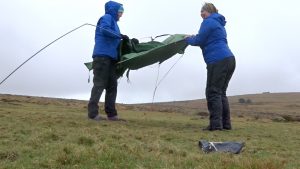 ‘It’s blowing a hooley out here!’

This is, perhaps, our favourite of the English weather idioms. It offers many options for spelling, the two favourites being ‘hooley’ and ‘hoolie’. We opted for the spelling with a ‘y’ because ‘party’ ends in the same letter and hooley also means, if you live in Ireland, a raucous and badly behaved party. Other suggestions as to the etymology of this phrase include references to the rather windy River Hooley in India and its relationship with the Scottish word ‘hoolan’, which means ‘strong gale’.

‘There is a lot of water falling from the sky!’

This one is clearly nonsense as cats and dogs are far more likely to be found curled up on sofas than falling out of the sky. This strange weather phrase has the most definitions of any we could find. There are those that suggest cats and dogs used to hide on roofs and either get washed off during rainstorms or drown in the poorly constructed streets and those who take a different approach and believe the phrase relates to sailors, who thought that cats could influence storms, and the Norse storm god Odin, who was often illustrated with a dog. Whichever of these is the correct root of the phrase, you will hear it regularly in England, and if cats and dogs ever do start falling out of the skies, we suggest that you take immediate cover.

Idioms that mention English weather but have other meanings 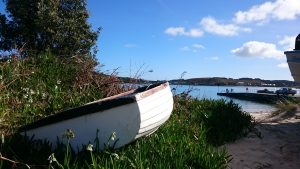 ‘I really was very happy.’

Meteorologists would like to tell you that the ‘cloud nine’ in this idiom refers to cumulonimbus clouds, which rise very high (over 12,000 metres). If it were possible to stand on top of such a cloud you would probably feel very cold, very scared or very happy. It has been suggested that number 9 is the number of heaven. As we tend to associate heaven with looking up into the clouds and with contentment, maybe this one is the correct explanation. 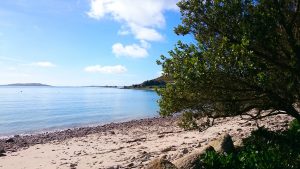 ‘It’s just the calm before the storm.’

‘It’s peaceful now but it won’t be later.’

We have all experienced that lovely quiet moment, which we can’t quite enjoy because we know that something is about to happen that will spoil our peace. Maybe enjoying a morning coffee at work before the phone starts ringing or waking up on Christmas morning before the children. Like many weather idioms, it is suggested that sailors first used this one after noticing changes in the sea state and bird behaviour just before the onset of stormy weather. One meteorological explanation of this might be the decrease in atmospheric pressure that occurs as weather worsens. Changes in air pressure can be detected by wildlife including sharks and birds, so there may be some truth in this. 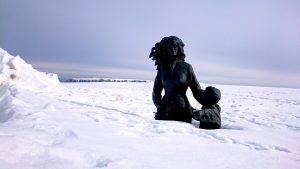 ‘If you give me any more work, I might scream!’

As most of us have probably never been unfortunate enough to be buried in snow, this phrase requires a bit of imagination. It isn’t too tricky, however, to picture yourself scrabbling up through a pile of snow, trying to find air, and relate this to the pile of work on your desk. This is an almost literal translation of a situation but it is interesting to note that, in the Norwegian language, there are huge numbers of words to describe snow. Some refer to the size of snowflakes (snØfjom = small), others describe the consistency of the snow (slaps = slush) and still more discuss the way snow is falling from the sky (fana = heavy falling snow).

We hope you have enjoyed our little wander out into the English weather. The winds of change (another idiom) blow quickly around our island and we rarely experience the same weather two days in a row, which is probably the reason we need so many weather words.

With autumn already under way, Christmas is going to be with us before we know it. Brush up on some quintessentially English seasonal vocabulary.

If you have enjoyed our English weather words, you might be interested to find out some of the more unusual things we get up to during the summer months.