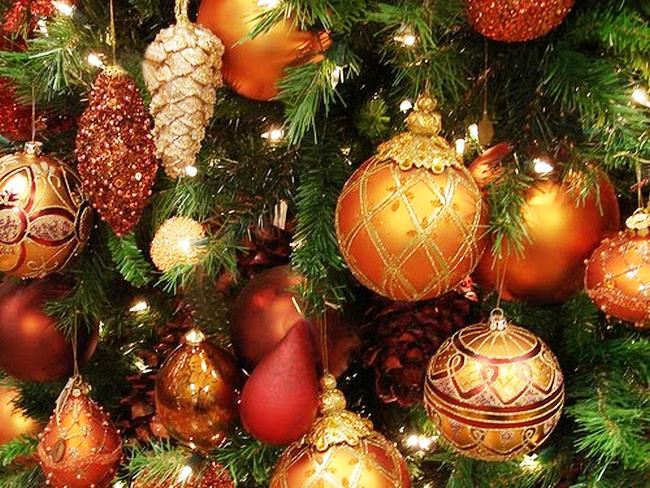 English is a peculiar language and there is perhaps no time of year when it gives more cause for bewilderment than Christmas. 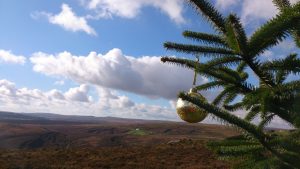 For a start, we seem to have become confused about what we are actually supposed to call the event. The word ‘Christmas’ is easy to understand, it is after all a celebration of the birth of Christ, but where on earth did ‘Xmas’ come from? You may be surprised to find out that Xmas is not a lazy abbreviation for people who don’t like writing Christmas cards, in Greek the letter X or Chi is the first letter of the word for ‘Christ’.

‘Chrimbo’ and ‘Yule’ are at different ends of the Christmas timeline. ‘Yule’ is the pagan celebration of the winter solstice and has been around much longer than Santa and all of his reindeer. In effect our relatively modern Christmas hijacked the Yule celebrations, which is why some Yule traditions like mistletoe are still with us today. ‘Chrimbo’ is much more modern and was first used in 1929, these days it tends to reflect the more commercial and secular side of Christmas.

If you have ever been in the USA around Christmas time, you will have heard people wishing each other ‘Happy Holidays’ instead of ‘Merry Christmas’. Some say that this gives people of all faiths the opportunity to enjoy the celebrations, we say, “Please can we have another slice of Turkey?”

Another thing that may cause Christmas confusion is the range of names for the chap who brings presents in the middle of the night. It would be interesting to see which name he has in his passport as he makes his cross-border journey. ‘Father Christmas’ sounds like the sort of person you wouldn’t mind shuffling around your living room at night and Santa Claus sounds cuddly, but Kris Kringle is maybe a step too far in the ‘welcome stranger to my house’ stakes. Santa Claus has been with us now since the 16th Century and was originally the Dutch ‘Sinterklaas’, or Saint Nicholas. History has it that Saint Nicholas was a friendly guy who made his name by giving secret gifts. ‘Kris Kringle’, despite sounding like a character out of a horror film, is in fact a representation of the Germanic ‘Christkindl’ or Christ Child and therefore quite likely to be well-behaved on Christmas Eve. 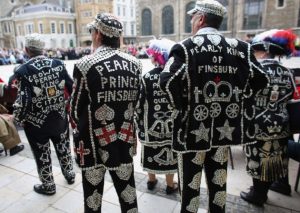 Cockney Rhyming slang is not a language in its own right but to listen to it, you might be forgiven for thinking so. A collection of phrases used by people in some areas of London, it is based on usually disassociated rhymes. Some Cockney Rhyming Slang has been adopted for common use in other areas of the UK. There are some Christmas-based examples below:

“Would you Christmas Eve it? Those angels are singing again.”

“I guess Santa is Christmas crackered after delivering all those presents.”

“The Wise Men worshipped cheese and rice in the manger.”

“Mary and Joseph missed the baa lamb so they had to go to Bethlehem on a donkey.”

“Mary’s basin of gravy was born in a stable.”

“Mum ordered a whole Christmas Carol for the celebrations.”

Many countries have their own special ways of celebrating Christmas. History shows that aspects of these have been adapted and shared so that our traditions are maybe not as much our own as we might first have thought. Nonetheless, there are a few peculiarities that will almost certainly remain forever British.

Boxing Day is usually celebrated the day immediately after Christmas Day and is a national holiday in the UK and some Commonwealth countries. It is traditionally spent with friends and family and often involves countryside walks, visits to the pub and the eating of Christmas Day leftovers. The term harks back to the times of domestic service when servants, who were required on Christmas Day, were given Christmas boxes on Boxing Day and allowed to take them home to share with their families.

Also called ‘Plum Pudding’, even some Commonwealth countries have turned their back on the traditional British Christmas pudding. The New Zealanders for instance prefer pavlova. Nick Watt from the American news channel ABC once described it as,

“… a sloppy, booze-fuelled fruit cake with some fat from a cow’s kidneys thrown in.”

Which is perhaps unfair but Christmas pudding’s dark, fruity delights are not to everybody’s taste. Made months in advance with fruit, alcohol and suet, today’s Christmas pudding has its origins in something called ‘frumety’ which was a 14th Century porridge-like mixture of beef, mutton, dried fruits, wines and spices; small wonder it is not so popular today.

Ask for a pig in a blanket in Britain and you may be surprised at what you are given. In the USA for example, pigs in blankets are small sausages wrapped in croissant rolls. In the UK however, the ‘blanket’ is bacon and they are the perfect Christmas dinner accompaniment to the traditional roast turkey.

Short for ‘pantomime’ this is a children’s play that is traditionally seen around Christmas time. The panto is an interactive form of entertainment, which involves singing, audience participation, slapstick and contemporary humour. Traditionally there are cross-dressed figures with the ‘dame’ being a man dressed as a woman and the ‘principal boy’ being a young woman dressed as a young man. Over years the panto has developed a set of expected conventions including: a cheery song with which the audience join in, double entendre and the phrases, ‘It’s behind you!’ and ‘Oh no you didn’t!’

We are sure that you can think of some more language idiosyncrasies pertaining to Christmas. It is perhaps fitting that the terminology around this globally popular festival should continue to develop in such an organic way. Traditions are the root of many of today’s words but as new practices turn in their own time into traditions, so surely should our vocabulary.

Have a cool Yule!

One of the best literary descriptions of a Christmas dinner appears in Charles Dickens’ ‘A Christmas Carol’. Find out which other English classics we recommend here.

Learners of English Can Read the Classics, Too

Have you enjoyed our little look into the world of Christmas slang? Find out about the slang around the topic of money here.