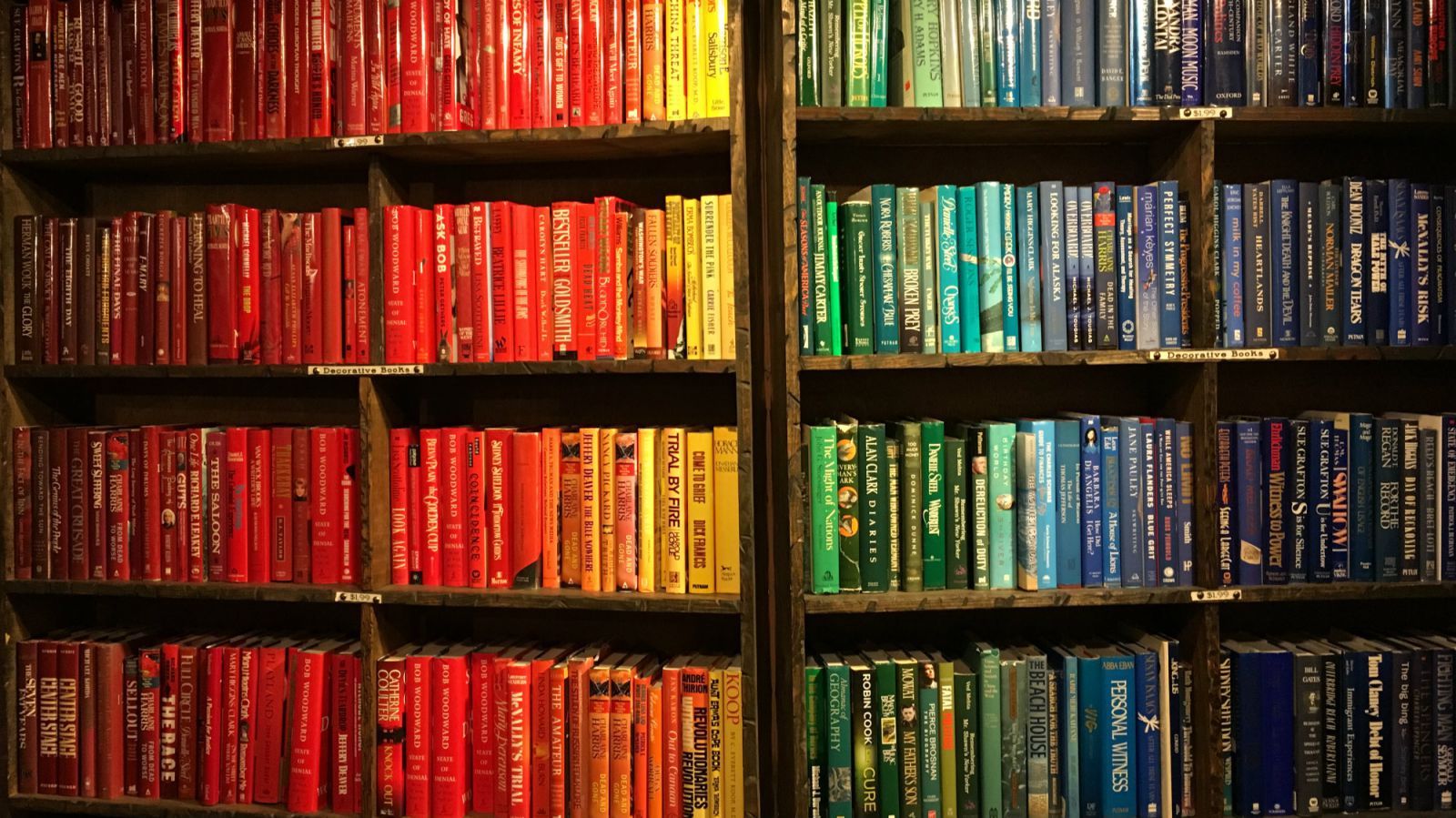 Most of us enjoy a good read, whether it is a novel that moves us to tears, a play that intrigues or a poem that rouses our passions, a piece of well-written literature can have an impact on our emotions, on our behaviour and on our value-systems. There are very few of us who can recall a piece of writing verbatim. There are specific quotes however, that stay with us. These can be useful in a variety of situations; from quiz to job interview, being or appearing to be well read can hold you in good stead. Here are a few examples.

From time to time, we all need a motivational boost. Sometimes we need to enthuse those around us. There is nothing more effective in these situations than a well-chosen inspirational quote from literature. Here are some favourites:

At the end of A Tale of Two Cities, Sydney Carton is awaiting his death by guillotine. For the sake of love, Carton has deliberately swapped places with another and in this quote is contemplating both his own self-sacrifice and the fate of France.

“All we have to decide is what to do with the time that is given us.”

The Fellowship of the Ring, J.R.R. Tolkein

This quote is from a conversation between Gandalf and Frodo and follows Gandalf’s telling of the story of the Ring. Frodo expresses regret that these things have happened during his lifetime. Gandalf’s response suggests both a responsibility to do that which we have been destined to do, and a lack of control over our fates.

“You have brains in your head. You have feet in your shoes. You can steer yourself any direction you choose. You’re on your own. And you know what you know. And YOU are the one who’ll decide where to go…”

For a children’s book, ‘Oh, the Places You’ll Go!’ is pretty inspirational. We don’t find out exactly who the ‘you’ protagonist is, but the story follows him through a myriad of strange places and the reader finishes convinced of the benefit of endeavour and adventure.

“It matters not what someone is born, but what they grow to be.”

Harry Potter and the Goblet of Fire, J.K. Rowling

Another book written for children but loved by adults. This is a comment made by Professor Albus Dumbledore to Cornelius Fudge. Cornelius has expressed the opinion that ‘Muggles’ and ‘Mudbloods’ (humans and half-humans) are inferior to wizards and witches. Albus responds by asserting that it is not pedigree that matters but talent. 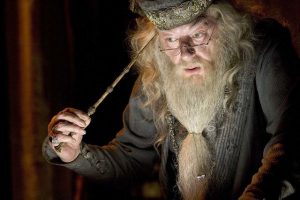 If you have ever been in a romantic situation where you want to say exactly the right thing, but find yourself tongue-tied, you might like to choose from this section of romantic literary offerings.

“But I, being poor, have only my dreams;

I have spread my dreams under your feet;

Tread softly because you tread on my dreams.”

He Wishes for the Cloths of Heaven, W.B. Yeats

Not being satisfied with roses or diamonds, in this poem Yeats suggests that, if he had access them, he would lay out the heavens for his love to walk on. In his reference to ‘dreams’, he admits that he has little to offer but nonetheless pleads a gentle reception. 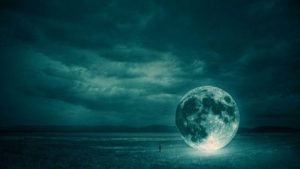 “Whatever our souls are made of, his and mine are the same.”

Here Cathy is talking to Nelly, the family servant, about her inescapable connection to Heathcliff. She recognises that her feelings for Linton, whom she is going to marry, are entirely different to her almost spiritual relationship with Heathcliff.

“But soft! What light through yonder window breaks?
It is the east, and Juliet is the sun.”

Maybe the most famous love story of all time, Romeo and Juliet’s ill-fated affair is known to most of us. The beautiful quote above is the start of Romeo’s comparison of Juliet to the sunlight as she leans over her balcony.

The business world can be a tough one. You are bound to have days when you wonder whether the results are worth the effort. If this sounds like you, if you are struggling for a bit of employee motivation or if you need to give some sound advice, read on.

“Made weak by time and fate, but strong in will

To strive, to seek, to find, and not to yield.”

In this poem Ulysses, of Troy fame and also known as Odysseus, has completed his ten-year voyage home to Ithaca from Troy and is considering his future as an older man. He has realised that he is now facing a different kind of battle, not against enemies, but against the inevitable process of aging.

“Whenever you feel like criticizing anyone … just remember that all the people in this world haven’t had the advantages that you’ve had.”

Nick Carraway is the narrator of this story. He is portrayed as an Everyman, in other words, a typical human being. Nick is presented as having a level of uprightness that the other characters lack. The inclusion of this piece of paternal advice at the very start of his narration suggests that he is exhorting us to reserve judgment ourselves.

“Real courage is when you know you’re licked before you begin, but you begin anyway and see it through no matter what.”

To Kill a Mockingbird, Harper Lee

This quote is part of Atticus Finch’s lesson to his son Jem on the subject of courage. Atticus wants Jem to understand that courage comes in different forms; they are talking about the death of Mrs Dubose who, before she died, successfully fought a morphine addiction.

The Meaning of Life

Understanding the meaning of life is a quest that has occupied mankind for some time now. We are not suggesting that we know all the answers, but here are a few famous quotes from literature that might give you a bit of food for thought.

“We are such stuff as dreams are made on, and our little life is rounded with a sleep.”

Here what Prospero is referring to is the sleep of death. He is alluding to the transitory nature of life, likening it to the temporary world of acting and the ephemeral realm of the spirits.

“A bear, however hard he tries, grows tubby without exercise.”

When We Were Very Young, A.A. Milne

A self-explanatory excerpt from a much-loved Winnie-the-Pooh poem, this quote might appeal to those of you who enjoy food but understand the benefits of getting outside and exercising after dinner. A reminder maybe that life is not all about indulging ourselves.

“Not all those who wander are lost.”

The Lord of the Rings, J.R.R. Tolkein

This poem was written about Aragorn, a humble human king who undertakes great journeys and explorations. It is used twice in ‘The Fellowship of the Ring’, once by Gandalf in a letter to Frodo and later by Bilbo, and is an attempt to persuade Frodo of Aragorn’s importance to Middle Earth. It is also an exhortation to the reader to see beyond his own value systems.

“The Answer to the ultimate question of Life, The Universe and Everything is…42!”

The Hitchhiker’s Guide to the Galaxy, Douglas Adams

You can make what you want of this answer, and that was the author’s intention. In the story, the supercomputer ‘Deep Thought’ has taken a very long time to work out that the answer is ‘42’ but is quick to point out the meaninglessness of this answer, because no human being actually knows what the question was. This answer has perhaps become more famous than the book itself. 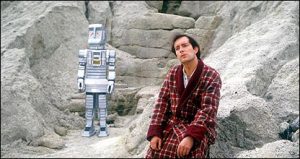 The world of literature is full of inspirational, moving and funny quotes. We hope that you have enjoyed our small selection and that you find them useful. If any of them have had an impact on you, why not try reading the whole book, poem or play. There is a wealth of literary excellence out there, let us know if you try one of these books after reading a quote from it.

We have given you a couple of Shakespeare quotes above, but many phrases first coined by him are still in everyday English usage. Here are some of our favourites.

Shakespeare’s English: Still in Use Today