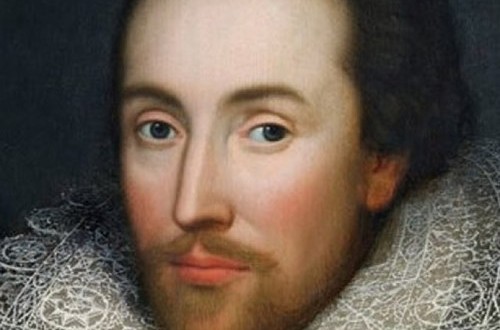 Shakespeare’s English: Still in Use Today You may have seen a few weeks ago that 23rd April marked the 400th anniversary of William Shakespeare’s death.

It’s an understatement to say that Shakespeare was a master of the English language, even creating countless new words and phrases to enhance the meaning in his writing, many of which are still widely used.

Here are a few of our favourites!

Break the ice (The Taming of the Shrew)

Usually referring to a meeting of people who have not met before, using the metaphor of ice sums up the atmosphere perfectly. The term “ice-breaker” – a task designed to help people feel more at ease with each other – can be attributed to the breaking of the ice.

Marking the beginning of a new era which will bring about big changes, both good and bad.

Laugh yourself into stitches (Twelfth Night)

When someone laughs uncontrollably, it can cause a tightness in the side of your abdomen. Shakespeare is suggesting that it could be possible to laugh with such force that your side would literally split open and need stitches in order to help the subsequent wound heal. This does sound rather graphic when explained!

A frantic search for something which in fact doesn’t exist or is unobtainable.

Many cultures link the concept of destiny with the stars. This phrase suggests that Romeo and Juliet may be destined to meet but their love is destined to end in tragedy.

Wear my heart upon my sleeve (Othello)

To wear one’s heart on one’s sleeve is a way to express that someone does not hide their emotions but instead openly ‘wears’ them for the everyone to see.

Used to describe a person who has been under a lot of stress but who has remained calm and positive throughout, particularly when supporting others through a difficult time.

Typically used when an action was taken that did not end in a positive result. Whatever it was, it now belongs in the past, cannot be changed and there is therefore no point in continuing to worry. Here are a few other ones that you may already be using without realising they were penned by England’s greatest playwright.

Bated Breath (The Merchant of Venice)

Be-all and the end-all (Macbeth)

In my mind’s eye (Hamlet)

Love is blind (Merchant of Venice)

Own flesh and blood (Hamlet) If you’re interested in learning more about William Shakespeare and his works, this is the year to do so. Across Great Britain and around the world, theatre companies, actors, educators, and just lovers of the English languages are celebrating his work.

Here are a few places where you can learn more about how Shakespeare is being celebrated in his home country:

Shakespeare Live by the British Council