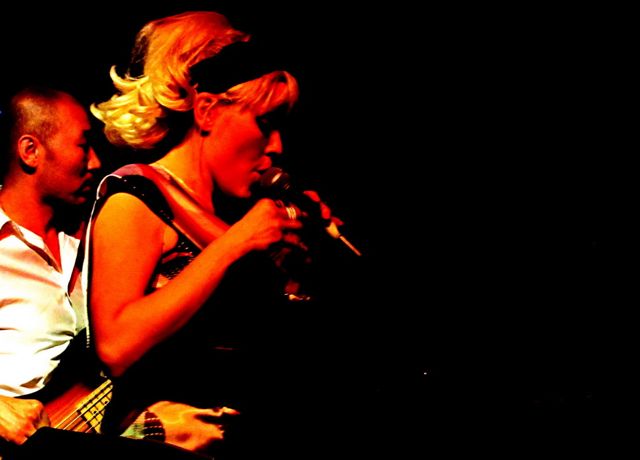 On the Job – The Jazz Singer

Myself and anyone else who will have me – ha ha!

I am a vocalist and band leader.

How important is being able to speak or write good English in your job?

Incredibly important. It’s the way I connect to the audience.

Do you think that songs in English are able to reach a broader audience?

Yes, English is one of the major world languages, so that makes it much more accessible to a wide variety of people around the world.  British and American popular culture are quite dominant globally, so that makes English a key language for entertainment.

Take Celine Dion for example, she has an amazing natural talent but she had to sing in English rather than her native French in order to appeal to a wider audience. Do you think that singing is a good way for English learners to improve their language skills?

Surely one of the best ways. Take a song you like, learn the tune so you can start to feel the meaning and look up any words you don’t know. It gets you used to double meanings too. And rhyming. Of course THAT depends on whether the song actually makes sense, because some of the pop songs today use made-up words. There are pitfalls everywhere. Still, it’s basically a great and fun thing to do.

What kind of exercises could you recommend to English learners to improve their enunciation?

Well singing is a great one. Take a song and talk it through over-enunciating all the words to the extreme. Then sing it in the same way. Moving up and down a scale using hard consonants also can really help. Actually there are some great singing exercises so if you can find someone who sings to show you a few do it!

What artists or songs would you recommend to someone who is learning English?

Overall, I think the most important thing is to find out what kind of music a person likes and then find songs within that genre.  Teaching and learning English should always be enjoyable, you can’t force it.

More specifically I would recommend some of The Beatles’ songs, particularly Yesterday and Blackbird, because the lyrics are almost like poetry.  You can read and understand the lyrics first, before trying to sing the song.

Yes I do! Usually my dad who is an ex-teacher for grammar and my brothers as marketing advisors and for general comedy value.

You’re and your, their/there/they’re. Easy mistake to make. I have no real idea why it bothers me so much as it’s a common enough mistake even amongst my English friends. I suppose it’s because it so utterly changes the statement or question or renders it nonsensical. I also find the shortened abbreviations annoying and what is more annoying is that now I even find myself using them LOL. You see!? And one last thing, text speak! Very useful to learn eventually, although it’s probably slowly but surely changing the English language.

Have you ever had any funny experiences that have come about as a result of an English error or a language barrier?

Well being in China, of course I see Chinglish everywhere.  I’ve also watched people who don’t have English as a first language singing English songs, and sometimes they just learn the sounds and not the meaning of the words, which can change the essence of what the song is about.  That means you lose your connection with the audience, especially if it’s an audience that understands English.

Since we’re in China, what do you think about Karaoke?

I think it’s great, there’s a performer in everybody!  Karaoke helps bring that out, but in a fun way.  Karaoke in Asia always seems to be quite private, with everyone in small groups in their own private rooms, but to me part of karaoke is having fun and connecting with people that you don’t know through singing – however bad it is!  I do like that people take it quite seriously out here though, for example people will practise a song at home before they try it out at karaoke.

What advice would you give to learners of English to help them improve their English in the workplace?

Use it as much as possible. Try to learn a new word everyday…. and go and take your boss to karaoke and impress her or him with your ability to sing in perfect English and translate the meaning of the song!