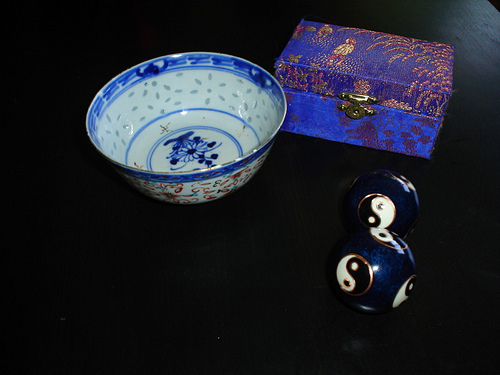 Why Do I Write in English?

“Why do you write in English?” People frequently ask me this question. I was born, bred and educated – very poorly – in China, yet I write articles (for international publications) and books in English and I give lectures and public speeches in English.

I began to teach myself English at 21 when I was still working at my rocket factory in Nanjing, my hometown. Five years previously, I was dragged out of the school to work and to earn money. Learning English was my escape route from the factory. It has changed my life.

People write in another language for different reasons. Samuel Beckett deliberately wrote Waiting for Godot in French so that its style would be different. Polish author Joseph Conrad wrote in English with great felicity rarely seen in native English speakers.

I shall not compare myself with these masters. I choose to write in English because, first of all, it frees me politically. I wouldn’t be able to publish books with politically sensitive content in Mainland China. Also, it frees me literally. It frees me from any inhibition I might have if I were to write in Chinese. Without these constraints, I can experiment with the language: I can be bold and adventurous. Because it’s not my mother tongue, I consciously and unconsciously use different words and I structure my sentences differently to those of native speakers. Let me give you an example.  “One early spring day, I took my children to a park. It had been bleak winter only a week ago. Then almost overnight, it became warm and flowers were blossoming everywhere.” The word ‘bewitch’ came to my mind. In my diary, I wanted to use that word to convey a sense of drama and sudden change as if being touched by a magic wand. At first I wrote: “Bewitched by spring, the park came to life and the glorious peonies blossomed everywhere.” Then I decided to use a more active verb: “Spring had bewitched the park where glorious peonies blossomed everywhere.” Native speakers, please do tell me if they work at all or which sentence works best.

Writing in English also allows me to play up my advantage in some ways. Writing for the domestic market or the international market is very different ball game. There’s always a great deal of presumed knowledge if your target are domestic readers.  Having written for international media for many years, I feel I know when and how to explain certain terminology. Tamade, I’d explain it is a national swear word, good for expressing joy or anger in equal measure. I belong to a growing yet small number of people who have the insight into a culture that remains largely unknown in the world yet able to communicate with those on the other side.

I have to admit that I am not gifted with language. After all these years, I still make some basic mistakes. I am never too sure when to use or not use ‘the’ and I am sometimes confused by little things such as ‘in the bed’ or ‘on the bed’.

On the other hand, I sometimes fear that my English has become too fluent that it has lost is quaintness.

One of the China memoirs I enjoyed very much is a book entitled Mr. China’s Son, a Villager’s Life by a little know author call He Liyi, an English teacher from a Bai minority in Yunan province.  In his ‘little memoir’ as he calls it, he describes his experience of being sent-down to the countryside to be re-educated. Not a very unusual experience. After all, the market has been flooded with bitter, suffering tales from China. What makes Mr. China’s Son special is the freshness of his language. “Her feet were seriously pierced by stings,” he wrote. “Every now and then, they were found to be short of this and that.” Such sentences do bring readers the delight of tasting something different or fresh.

The author He Liyi developed a passion for the English language. In order to listen to the BBC, his wife sold her fattest pig to buy him a short wave radio. He listened to it all the time and improved his English to such a degree that he decided to pen his story in English. Once again, you can see the power of the language.

I have also try to deliberately borrow Chinese sayings or phrases to give my writing some freshness, quaintness or some Chinese flavour. It does not always work. In my first novel Lotus, a book about prostitution set in modern day Shenzhen, I talked about how Lotus, the lead character sent money home so that her family could enjoy a ‘fat New Year’.  My agent in London suggested ‘splendid’ instead of ‘fat’. “People wouldn’t understand what a ‘Fat New Year’ is!” he said.  But ‘splendid’ simply doesn’t sound right for an uneducated villager; while it is natural for an old Oxford-educated gentleman such as my agent. In this case, I think I’ll leave the fat there.

Chinese is such a vivid and expressive language. Borrowing from our ancient, rich idioms can not only spice up the language but also evocate a sense of place. In my memoir, I describe my mother as being very stubborn ‘once she makes up her mind, a four-horse-cart won’t be able to pull her back.” I commented on a young colleague’s moustache in this way: “The moustache on his even-featured face looked as out of place as painted legs on a snake.”

I mostly don’t directly translate the Chinese idiom into English but rather weave the concept into the text. For example, we have a phrase called ‘angry hair shoots a hat’.  When my mother told me that I was to stop my schooling to go to work, I borrowed that phrase to describe my anger. “If I had been wearing a hat, the force of my rage would have shot it into the air.”

I have a sense that my struggle with writing in English shall endure, even if one day I become less confused about ‘the’, ‘in the bed’ or ‘on the bed’. It’s just an ongoing battle for any writer to gain greater felicity. Having been bewitched by the language – again, I am not sure if it’s the right word to use – I also find the challenge in writing in English rewarding and fun.

After all, fighting for something worthwhile keeps us alive.

About the Author: Lijia Zhang is a factory-worker-turned writer, journalist, social commentator, and public speaker.  Her articles have appeared in many international publications, including The Independent, The Guardian, South China Morning Post, Japan Times, Newsweek, and The New York Times.  She is a regular speaker on the BBC, Channel 4, CNN and National Public Radio in America.

You can read more of Lijia’s writing on her blog.