How to Use Apostrophes When Writing in English

You wouldn’t imagine that a humble piece of punctuation like the apostrophe would be capable of causing so much confusion but all too often, and maybe understandably, its incorrect use is a source of annoying error. People feel so strongly about the apostrophe that it even has its own advocates in the form of the ‘Apostrophe Appreciation Society’ who aim to ensure that ‘this currently much abused punctuation mark’ is correctly employed. To add to the confusion, the apostrophe is used in many different ways across the world. Our guide below will tell you when and how to use apostrophes in the English language.

When you should not use apostrophes

Apostrophes are never used in English to show a plural (more than one of something). This is one of the most common apostrophe errors you see on shop signs or in advertisements. We have some examples below: 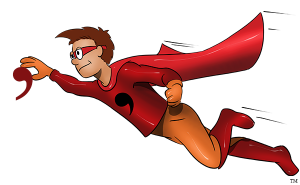 When you should use apostrophes

There are only two ways in which you should use apostrophes in English. The first is for possession i.e. when something belongs to somebody (or something) and the second is for omission i.e. when letters have been removed to shorten a word.

Most possessive sentences can be written a long way or a short way, for example:

The colour of the van was red, or The van’s colour was red.

The dress of Katy, or Katy’s dress.

This applies to all nouns whether they are common nouns (e.g. van) or proper nouns (e.g. Katy).

The exception to this rule is when the word, ‘its’ is used as a possessive pronoun. Possessive pronouns are words that show ownership, (e.g. your car, her dress, its colour or their faces) and none of them require an apostrophe.

When used for possession the apostrophe comes before the ‘s’ unless the noun is a plural (more than one), in which case it will usually already end in ‘s’. For example:

The butcher’s shop closed early. (only one butcher)

The butchers’ shops all closed early. (more than one butcher)

The teacher’s pay was increased. (only one teacher)

Every teachers’ pay was increased. (more than one teacher)

Some nouns in English do not use an ‘s’ or ‘es’ to show that they are a plural. These are called irregular nouns, for example:

In the case of an irregular plural noun, the apostrophe should come after the word and be followed by an ‘s’ for example:

The children’s clothes were in the suitcase. (correct)

The childrens clothes were in the suitcase. (wrong)

The childrens’ clothes were in the suitcase. (wrong)

Another cause for confusion with apostrophes used to show possession is when the singular noun ends in an ‘s’. This can happen with names but can also happen with common nouns. The official way to deal with this is to add an apostrophe and another ‘s’ for example:

However in modern usage it has become acceptable to leave off the final ‘s’.

If adopting this more modern approach, it is important to make sure that the apostrophe is after the original ‘s’. In the next example the gentleman’s name is Mr Hastings not Mr Hasting:

The English language, particularly direct speech, sometimes uses contractions, which are when two words have been made into one shorter word. For example:

With each of these contractions a letter or multiple letters have been missed out and replaced by an apostrophe. The rule is simple; you place the apostrophe where the missing letters were, for example:

Note the exception to this rule: 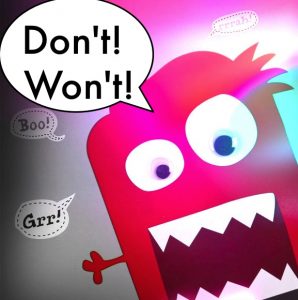 We have listed the most common apostrophe mistakes below to help you to avoid them:

The flowers were beautiful. (correct)

The flower’s were beautiful. (wrong)

I can see the flowers, they’re beautiful. (correct)

I can see the flowers, their beautiful. (wrong)

I can see the flowers, there beautiful. (wrong)

Do you know whose car that is? (correct)

Do you know who’s car that is? (wrong)

Does that dog belong to you? Is it your dog? (correct)

Does that dog belong to you? Is it you’re dog? (wrong)

The cat ate its food. (correct)

I think this essay is yours. (correct)

I think this essay is your’s. (wrong)

As with most aspects of English grammar, the rules for apostrophe usage have changed over time, this is one of the reasons they seem to be so complicated. If you would like to check your apostrophe expertise, have a go at these two apostrophe quizzes. When you are writing in English make sure that you use the spelling and grammar check function on your computer. If you are ever unsure about your use of apostrophes in a piece of writing, it is a good idea to ask somebody to proofread and edit it for you.

Spelling Errors – What Cost to Companies?

Struggling with English nouns? Have a look at these 5 commonly confused uncountable nouns.