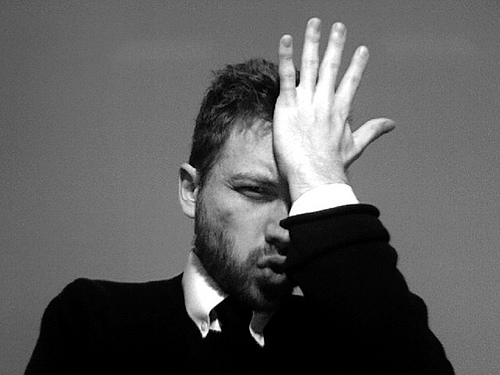 Ever felt like you’re banging your head against the proverbial brick wall?

At work, not literally!

If you’ve ever suffered frustration due to a lack of effective communication in the workplace, you’re not alone.

So how can you ensure that you’re not the cause of such frustration? Follow our top tips for effective communication in the workplace and make yourself understood first time round.

How to ensure effective communication at work:

1. Be clear about what you need

Being vague about your requirements will get you nowhere fast and will undoubtedly lead to unnecessary frustration. If you’re desperately waiting on that report, just saying so isn’t usually enough. Be absolutely clear about your requirements. Saying “I need that report on my desk by 5 p.m. please” as opposed to “I really need that report as soon as you can have it completed” is a more effective way to get what you need.

2. Get straight to the point

Don’t ramble on. You’ll likely lose people along the way and by the time you get to the crucial part of what you’re saying, they’ll have zoned out. Think of what you’re saying as like a joke and deliver the punchline first. You can always elaborate later, but your most important point should never get lost in the details of your message.

You can’t reasonably expect someone to take your message seriously if you’re fiddling with your mobile phone, shuffling your feet, and generally avoiding eye contact. When you’re talking to someone, you should only have eyes for them. It will make what you have to say seem more important and more likely to be understood.

4. Be an active listener

If you want people to listen to you, the best course of action is for you to cultivate some listening skills of your own. Be actively involved in the conversation and offer a reaction to what the other person is saying with a nod in the appropriate place or by asking them to clarify if you feel you haven’t grasped a point sufficiently. When it’s your turn to talk, it’s likely that they’ll return the favor.

If you disagree with a colleague about the way something should be done, it’s best not to respond negatively. There are ways that you can counter a point without resorting to trashing somebody else’s ideas. Asking for an example of where the solution they are proposing has worked in the past can lead to a much more constructive conversation, one in which you can offer an alternative solution, than coming right out and saying “that won’t work.”

Follow these tips and you could be leading the way to reducing workplace frustration as a result of poor communication. Be the shining example – as opposed to the horrible warning!

About the Author: Linda Forshaw is a Business Information Systems graduate from Lancaster University in the UK. She’s a main contributor to Degree Jungle.com, and a full time writer and blogger specializing in education, social media, and entrepreneurship.

Effective communication is just as important during conference calls.
Make sure you’re not misunderstood with our guide to Conference Calling in English

A colleague sent you an email that was out of line, and you’re about to go off on them.
Step 1: Don’t. Step 2: Read our How to Avoid an Angry Email Meltdown guide.