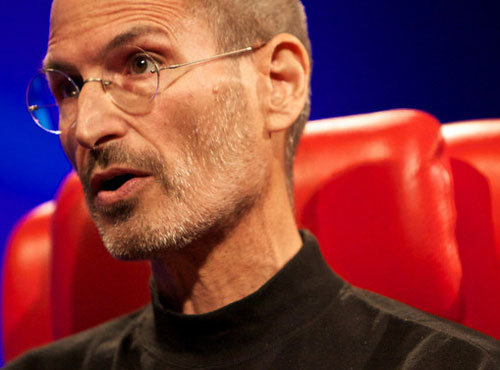 In his famous speech to Stanford University graduates in 2005, Steve Jobs talks about three different stories from his life: Connecting the dots, Love and loss, and Death. English Trackers highlights some of the notable vocabulary Jobs uses in his speech. To view the transcript of Steve Jobs’ speech please click here.

“I dropped out of Reed College after the first 6 months.”

“She refused to sign the final adoption papers. She only relented a few months later when my parents promised that I would someday go to college.”

2.      “To relent” is a verb. It means to change one’s mind/decision, and soften in attitude or temper. For example: He begged them to stop hitting him and they did not relent.

“Of course it was impossible to connect the dots looking forward when I was in college.”

3.      “To connect the dots” is an idiomatic expression. It means to understand the relationship between different ideas or experiences, to find the “big picture”. For example: After taking the time to reflect and connect the dots, I realized why my project had failed.

“I felt that I had let the previous generation of entrepreneurs down – that I had dropped the baton as it was being passed to me.”

4. “To drop the baton” is another idiomatic expression. The person “dropping the baton” has not done his or her part and has let down the team. For example: John dropped the baton when we most needed him to lead the team.

“But something slowly began to dawn on me — I still loved what I did.”

5. “To dawn on” is yet another idiomatic expression. It means to suddenly understand something. For example: Jane was wondering why her colleagues were congratulating her, then it dawned on her that she had got the job.