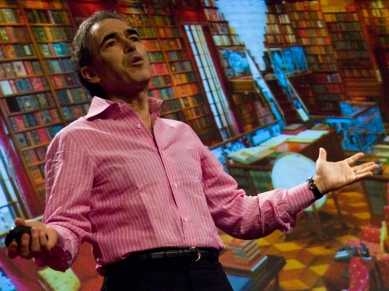 Is learning English so important? Why? How come the Chinese are obsessed with improving their English? What opportunities does it bring? Jay Walker discusses.

1.      “Mania” is a noun. And it means an excessive enthusiasm or desire; an obsession: A synonym would be “madness”. For example: The entire city has been gripped by basketball mania.

2.      “Hysterical” is an adjective. It means to be marked by excessive or uncontrollable emotion. An example: He couldn’t control his hysterical laughter.

3.       “Pandemonium” is a noun. It means a very noisy place, wild uproar, noise, disorder; tumult. For example: After the terrorist attack, the streets were in a state of pandemonium.

4.      “Vision” is a noun. It means the act or power of anticipating that which will or may come to be. For example: He had a vision for the company – that it would expand and grow to become the best in the country.

5.      “Gruelling” is an adjective. It means exhausting; very tiring; arduously severe. For example: He managed to run the gruelling 20km marathon. When he finished, he was exhausted.

‘But with English you can become part of a wider conversation: a global conversation about global problems, like climate change or poverty…’

6.      “Poverty” is a noun. It means The state of being extremely poor. For example: The poverty rate is high in Africa, people can barely afford food and water.