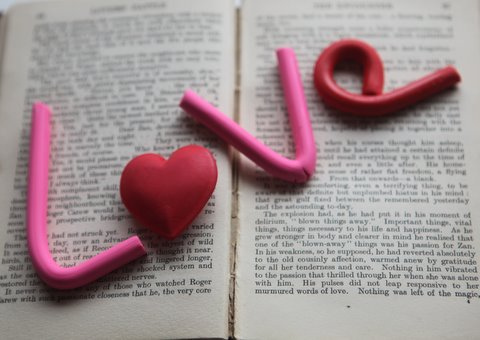 How to Improve Your English Accent

A New Approach to the Perfect Accent: The Rules of Romancing a Language

Want to perfect your English accent?

It may sound silly, but approaching a new foreign language using the same “dating” process you would when meeting a new love interest has proven successful for those looking to learn.

Think about what you would do upon meeting a new mate: first, you’d initiate small talk, get to know them; then, once a basic foundation is established, the two of you move on to deeper, more intricate topics; finally, after really knowing your mate, you enter the final stage where, with time and repetition, you learn their every mannerism, quirk, and oddity.

The same goes with English: you must commit yourself to the language, either standard British or standard American English in order to have any hopes of developing fluency. So what are the steps to attain this lasting relationship? First, pick –and stick to—an accent, then learn the basic sounds associated with it, next practice listening, and finally, find ways to apply your accent through different mediums.

Pick Your Suitor: American or British?

Which nationality will it be? American English or British English? Whichever attracts you more, focus on one accent and stick to it. The basic rules of the standard American English and standard British English are the same, however pronunciation between the two varies. When it comes to consonants, the two are pretty comparable; however, the vowel pronunciations of each vary as much as the difference between the two country’s gentlemen themselves. Form the basis of a strong relationship

Now that you’ve decided which English accent you fancy most, you need to get to know their basics on a one-on-one level. Forming a strong foundation guarantees a lasting and prosperous relationship. In the case of your relationship with your English accent, this foundation will be the IPA alphabet. Get to know each letter of the alphabet: its sound characteristics, its favorite hang-out spots in words, its quirks when it comes into contact with other letters. From A to Z, clearly state every letter out loud, giving equal amounts of attention to each –after all, you wouldn’t want A to become envious of all the time you’re spending with B, C, or D.

Be a good listener

Now that you’ve gotten to know your language on its deepest levels, make sure you listen to what it has to say –via YouTube. Turn on the internet channel, and watch instructive English videos. Listen closely to: accents, articulation, and word context. Practice active listening and improve your understanding of English, as well as its pronunciation with the specified accent.

Use this step as a way to smooth out any creases early on in your relationship with English. Because once you get into the routine of mispronouncing a letter, sound, or word, it will be much harder to correct. If all else fails, simply refer back to the IPA alphabet to re-acclimate yourself with the basics.

Observe your language in its natural state

Begin watching films in English. Listen to the radio. Read an English-language newspaper. Even just a comic book will do. The important thing is you’re getting to know your new language as others do, outside of course book context.

By observing these rules of language “dating,” you will adopt your own perfected accent in no time. Once you’ve made your way through the basics, you will have established yourself in an opportune position to progress rapidly throughout the remainder of the learning process. The key to maintaining your newly acquired language is correction and repetition. Yet at any point should your accent falter, refer back to these steps to lure the American or British tinge back into your English.

About the Author: Rachael represents Language Trainers, which provides individually tailored language training on a one-on-one or small group basis worldwide. The Accent Game is a free educational tool provided by Language Trainers.

Now you’ve got the accent down, you’ll want to pick up a bit of British slang.