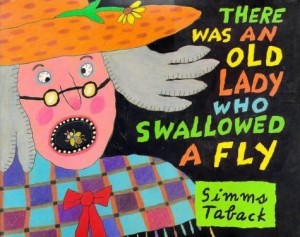 If you were lucky enough to have grown up in an English speaking country or had English parents you will have been subjected – much like myself – to the hilarious and very disturbing selection of children’s songs, nursery rhymes and stories that we are all taught by parents, teachers and whoever else you had the pleasure of being around during those formative years.

Now, I’m talking about the slow and hilarious realization as one grows older that whoever was writing children’s songs over the last century must have been on some sort of hallucinogenic drug. I mean, boy are there some weird tunes hanging around in the heads of kids who grew up in the second half of the 20th century.

For those of you who did not have the immense luck of an English up-bringing, here is a selection of some of the tunes I would bust out of the front patio with my Dad during my first ten years on earth.

We’ll start with a bit of disability shaming and live mutilation with:

Magical, I agree. And now, let’s enjoy a little bathing fun with:

Rub a dub dub/ Three men in a tub/ The butcher, the baker, the candlestick-maker.

Now perhaps with that last one, there is an effort to get kids to learn the different professions the world has to offer. A very noble effort, but I can’t stop wondering how many candlestick-makers still enter the trade every year and WHY ARE THEY IN A TUB TOGETHER. Having said that perhaps it does introduce the idea of a more open-ended notion of ‘relationships’.

An all time favourite of the macabre is of course:

Back in the day before the Disney Channel and the Internet, storybooks and songs were a large of form of entertainment. (I make it sound like we lived like hippies which was not the case but there was a healthy amount of running around in wellington boots and making drawings to cover up the gaping hole in the wall my father the unqualified electrician left).

Stories and fables are a large part of the cultural heritage. Some even claim these stories are our first confrontation with right and wrong as well as discovering who populates our surroundings. If this is true, WHY in fresh hell were Roald Dahl and Dr Seuss EVER allowed to write children’s books?

So where does language fit into all of this? If you look at the work of Roald Dahl or Lewis Caroll who wrote Alice in Wonderland, and of course Dr Seuss you’ll discover language seldom used in other moments (green eggs and ham anyone?). It’s not about accuracy or real life, these are tales designed to nurture our own imagination as kids.

The truth of the matter is, the stories that pepper our childhood do not educate us directly about the world we are to face. Surely the success of Charlie and the Chocolate factory does not stem from its basis in reality but it does create a wonderful and scary world where children disappear if they behave badly and sugar-based foods are the only real reason we live through the day!

As you get older there is plenty of time to discover the more mundane stuff, so children should engage with the weird and wonderful, because let’s face it, when we’re young we just take on everything we hear without a worry in the world.

Rhymes and fables are to be taken with a pinch of salt I suppose, as many things in life, in the meantime, let the Seuss parade roll on!

Did you write letters home during your childhood? Here’s one person’s story of growing up in the letter-writing era.