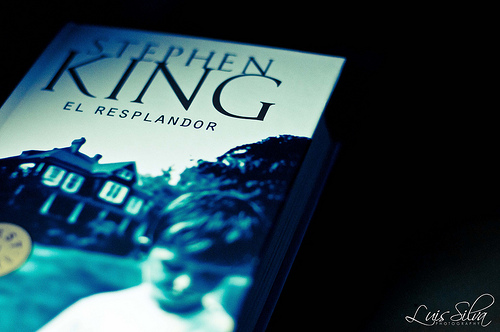 Adverbs: Why You Shouldn’t Use them Too Often

Adverbs. I’m sure you’re familiar with them from grammar lessons. After learning how to spot nouns, verbs and adjectives, adverbs are normally next on the list: those words, commonly ending in –ly that modify verbs, adjectives and other adverbs.

But have you ever thought about how adverbs can be misused?

I’ll admit I hadn’t, until I came across Stephen King’s opinion on the subject in his autobiography On Writing.

“I believe the road to hell is paved with adverbs” Mr King writes.

The idea intrigues me. This is something I learned about in English lessons; how can such an innocent piece of grammar be so reviled by a writer like Stephen King?

He elaborates: “With adverbs, the writer usually tells us he or she is afraid he/she isn’t expressing himself /herself clearly, that he or she is not getting the point or the picture across.”

Let’s test this with an example:

It seems like a perfectly reasonable, grammatically correct sentence, doesn’t it? But let’s consider whether or not ‘bravely’ is redundant here. I think that Stephen King would make the point that, if you’re feeding a tiger, it should go without saying that this is a brave thing to do.

Which of the following sentences do you prefer?

‘The lion looked completely and utterly miserable, as it lay in its cage despondently.’

‘Looking miserable, the lion lay on the floor of its cage.’

They both tell us the same thing, don’t they? Yet the second sentence is many times clearer and more interesting. The adverbs ‘completely’, ‘utterly’ and ‘despondently’ just clutter up the first sentence without giving us any further information about the miserable lion.

When it comes to adverbs, the main danger is of tautology (using different words to say the same thing). For example, there’s nothing wrong with a sentence like this:

Boldly is useful here, because without it we might have assumed Joe spoke timidly or wisely or peacefully. In this case an adverb tells us something we would have not about otherwise.

For some reason, misuse and overuse of adverbs is something we do automatically (see what I just did there?). Perhaps it’s the really emphatic feeling they definitely add to a woolly sentence.

It is tempting to use them though. While writing this post I’ve been using adverbs and having to go back and eradicate them!

If you’re serious about your writing, and you don’t want it to resemble what Stephen King condemns as a ‘timid’ style of writing, use them sparingly. They may seem innocent, but can be treacherous if used without restraint!

Some of my best tips for using adverbs:

However, some adverbs are irregular, and take different forms from the adjective. The main ones to watch out for are: well, fast, hard and late,

– Adverbs are often used to intensify, amplify or turn down meaning. E.g. really, literally, simply, completely, absolutely, sort of, kind of. However, as we all know, there’s literally nothing more annoying than overused intensifying adverbs. Use with caution!

– Grammar Girl has a great explanation on when to cut and when to keep adverbs.

We highly recommend reading Stephen King’s autobiography On Writing. We love it so much, it’s not only on our bookshelf in the English Trackers office, we’ve listed it among our Top Ten Books on the English Language.

About the Author: This post was written by Natalie Taylor, English Trackers’ London-based Social Media Manager.