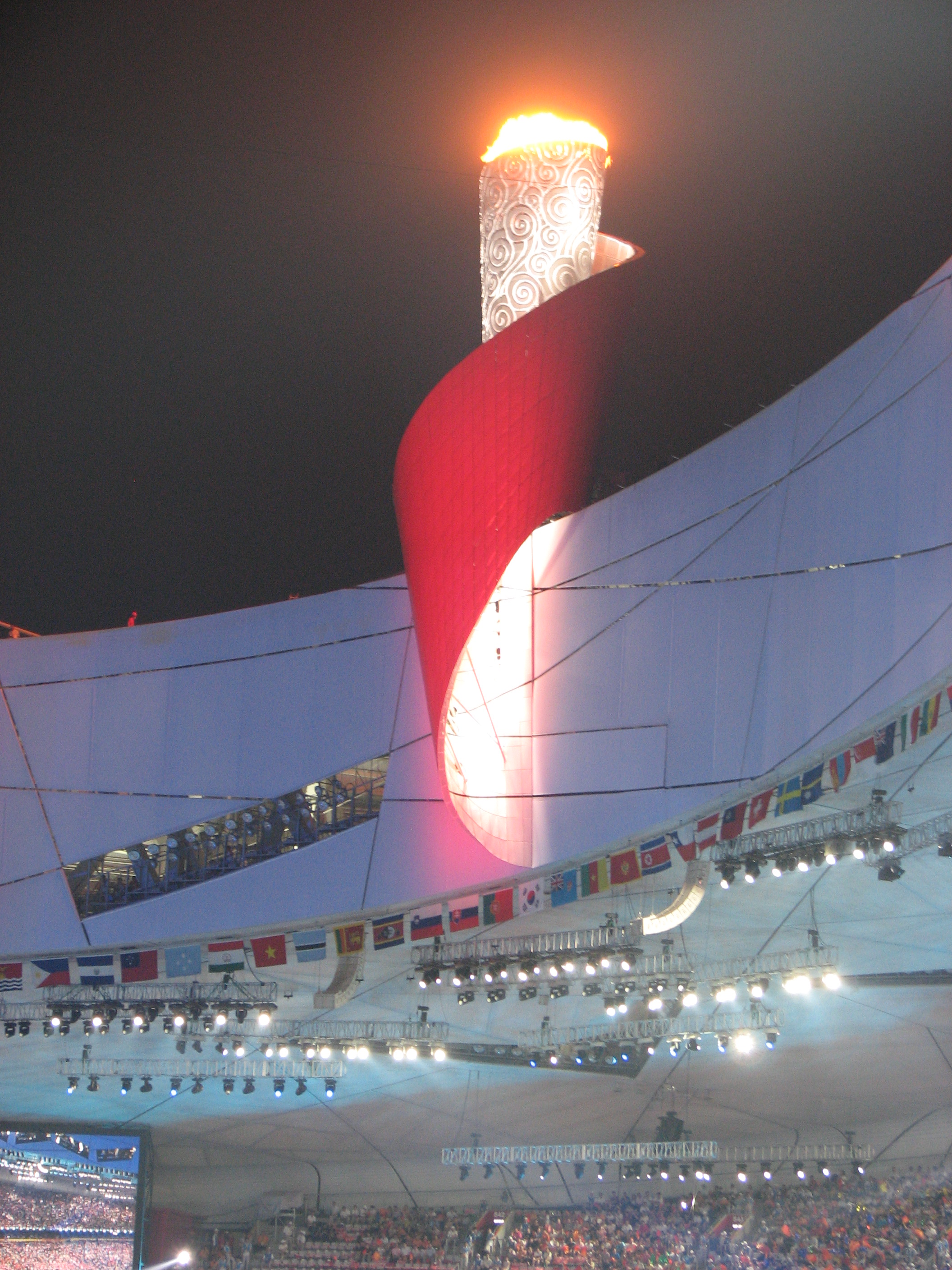 Have you been following the Olympics and upcoming Paralympics? There are lots of perplexing expressions you might have heard over the last month. Phrasal verbs and idioms are particularly common in sports commentary.

Understanding them is not always plain sailing (easy or straightforward).

Did you hear any of the phrasal verbs in this passage during the Olympic games?

“I saw Usain Bolt notch up another couple of victories at the Olympics this year! After his warm up I saw him join in some exercises with the other athletes.  That day he was taking part in a sprint. He looked extremely bulked up; he must work out a lot! To look like that I’ll have to do a lot of push ups. The race kicked off. Urged on by the crowds, the runners sprinted off. Quickly the group fell apart as some athletes overtook others. One or two runners fell behind and had to give up and drop out. Meanwhile, Usain Bolt caught up with the first two athletes. He wasn’t going to give up! He went ahead, knocking out the competition and leaving them far behind when he crossed the finish line.”

Bulk up: to increase in size, mass or volume. When we use this to talk about someone’s body we mean that they are particularly large and muscular. For example ‘You’re still too skinny. You’re going to need to bulk up a bit before you can compete in the Olympic wrestling.’

Catch up / Fall behind: to move fast enough so that you are equal to someone else. / to fail to keep the same speed as someone else. For example ‘Although I caught up with my classmates in Maths, I didn’t study hard in Science so fell behind.’

Drop out: to no longer be involved in something; to stop participation in a game, club or school. For example ‘The gymnast broke her leg a few days before a big competition, which meant that she had to drop out.’

Fall apart: to break, separate or collapse. For example ‘I fell apart as soon as I saw the competition – they were all so good!’

Give up: to stop trying, admit defeat or lose hope that something will happen. For example ‘If an athlete hasn’t won an Olympic medal after years and years of trying maybe they should give up and do something else.’

Hit back: to fight back, to respond to failure or aggression. For example ‘After my recent defeat I decided I had to hit back and keep on trying.’

Join in: to do an activity with other people. For example ‘There’s a group of boys playing basketball, let go and join in.’

Kick off: the start or beginning of something; literally to start playing in a football game. For example ‘The Olympic closing ceremony will kick off at 4 in morning, Beijing time.’

Knock (someone) out: literally to make someone unconscious, or to eliminate your competition. For example ‘In the first two rounds the boxer had knocked out his opponent.’

Push up: literally to raise something up, or a type of exercise designed to improve upper body strength. For example ‘I do ten push ups a day so that I can have a body like this.’

Notch up: to increase, add up or score something. For example: ‘He’s notching up quite a collection of gold medals this Olympic season.’

Sent off: when someone is removed, usually from a game, for violation of the rules. For example ‘The footballer’s vicious tackle meant that he had to be sent off the pitch.’

Take part: another way to say join in; to do something with a group of people. For example ‘I’m going to take part in the Olympic Opening Ceremony this year as a volunteer.’ Or, as the old saying goes ‘It’s not the winning, but the taking part that matters.’

Urged on: to encourage, especially by cheering or shouting. For example ‘The marathon runners were exhausted. Urged on by their supporter they managed to finish the race.’

Go ahead: to start, or continue, often after getting permission. For example ‘After testing negative for the drugs test, Olympic athletes can go ahead and compete in the games.’

Work out: hard exercise with the aim of improve physical fitness and appearance. For example ‘If I work out at the gym every day next week maybe I’ll get a body like Michael Phelps’!’

A Multitude of Idioms

Front runner = a person who is expected to win ‘Mohamed Farah’s the front runner for the gold medal this year.’

Shot in the dark = to guess, or to try without knowing what will happen ‘It’s a shot in the dark, but England might win the Eurocup this year.’

Have the upper hand = to have an advantage, or better chance of succeeding ‘During his match against Roger Federer, it was clear that Rafael Nadal had the upper hand.’

Neck and neck = to be exactly even, especially in a competition or race ‘The two horses were neck and neck throughout the race; either of them could have won.’

On target = be doing the right thing to succeed ‘We are on target to make a great profit this year.’

Out of [someone’s] league = not good enough for another person ‘I’d really like to go on a date with her, but she’s out of my league.’

‘Andy Murray hoped to beat Roger Federer at Wimbledon, but Federer’s out of Murray’s league.’

Jump the gun = to start too early ‘If we release our new product now we might be jumping the gun.’

Time out = to finish or have a break ‘I’m exhausted. Let’s take some time out and come back to the work later.’
All of these expressions are very useful in everyday and business language.
These are just a fraction of the wealth of idioms related to sport in the English language. Try making sentences using those listed below and post them below!

Another string to your bow

Get off on the wrong foot

Jump through the hoops

Get off to a flying start

Be on the ball

Run rings around someone

The name of the game

You can’t win then all

To be out of your league

About the Author: This post comes to you from Natalie, English Trackers’ current intern. After graduating with a degree in Classics and English from Exeter University she moved to Beijing for six months to learn Mandarin.